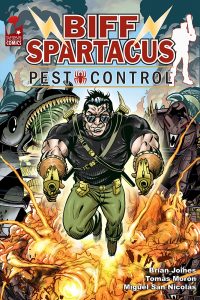 Looking for a new line of work, Dave Gibson takes a job with Spartacus Pest Control, an exterminator service named for its long-lost founder, Biff Spartacus. It’s a lousy job, but when common household pests turn out to be an uncommon threat, Dave discovers that he may be the only one who can save the entire city.