The Adventures of Tymm 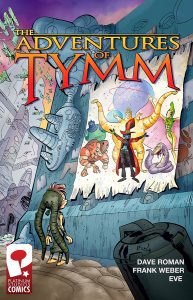 THE ADVENTURES OF TYMM

In a distant galaxy, Tymm, bullied for his strange luminescent tattoos catches a ride on the first passing spaceship carrying a strange troupe of entertainers, who are covert insurgents fighting against a tyrant who overthrew the throne. Tymm ultimately discovers that he is the rightful heir to the throne and, with the help of his new family, must bring down the empire he was born to ascend.

Dave Roman is the author/illustrator of the Astronaut Academy series (winner of Maryland’s Black-Eyed Susan Book Award) and writer of the graphic novels Teen Boat! and Agnes Quill: An Anthology of Mystery. He has contributed stories to Comics Squad: Recess!, Explorer: The Mystery Boxes, Nursery Rhyme Comics, and Goosebumps Graphix: Slappy’s Tales of Horror. Roman is a graduate of the School of Visual Arts, a former editor at Nickelodeon Magazine and is currently series editor for First Second’s Science Comics series of nonfiction graphic novels. He lives in Astoria, NY and draws a weekly webcomic called Starbunny, Inc. 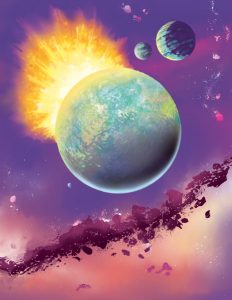 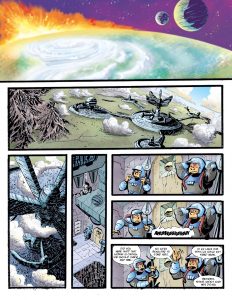 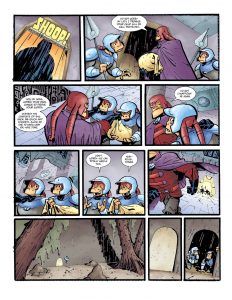 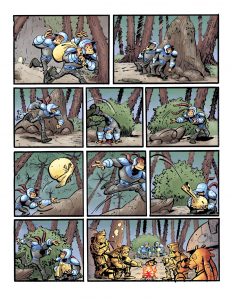 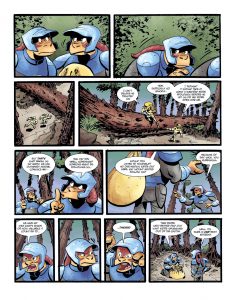 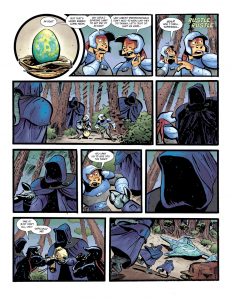 AND DON’T MISS THE FINALE!